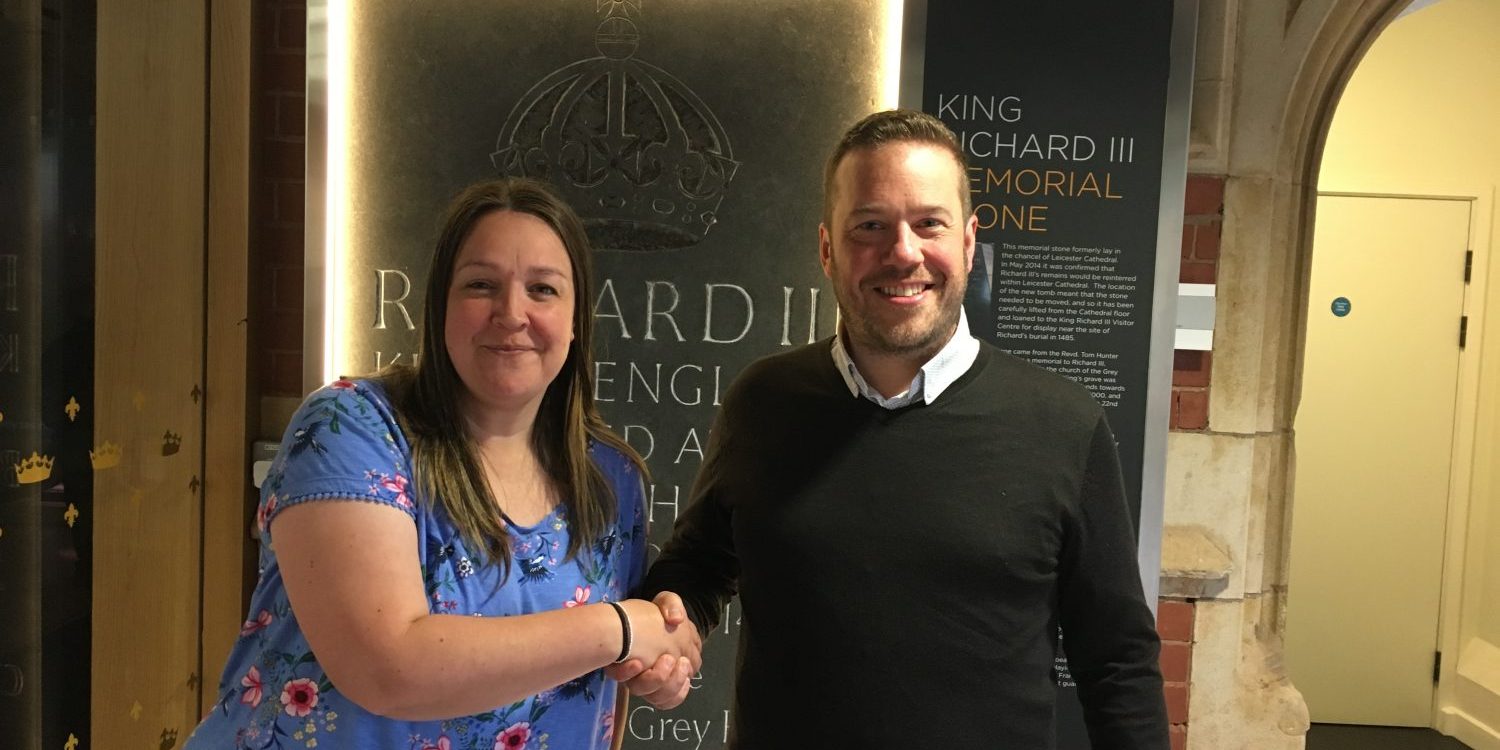 King Richard III Visitor Centre, has become arguably one of the most renowned tourist attractions within Leicester since King Richard III’s remains were unearthed during an excavation in a city council car park in August 2012.

Based on King Richard III’s burial site the visitor centre was opened in July 2014. The centre allows visitors the chance to learn more about King Richard III the circumstances surrounding his rule as king and what ultimately led to his demise at the Battle of Bosworth. Visitors are also taken on a journey through the work that led to the discovery and identification of the long-lost remains of the king. Finally, to complete the experience visitors have a chance to visit the original site of King Richard’s burial, where the site has been preserved exactly as the archaeologists unearthed it back in August 2012.

The IT systems at the King Richard III Visitor Centre were provided by an external company and over time the staff’s confidence in their service had dwindled.

“Previously we would call up for help and assistance and would be waiting for a long time on the phone before being able to speak to someone. This process would sometimes take over a day, and even then, we were sometimes left waiting until a member of their team was back from holiday, etc. Added to this was the fact that the Visitor Centre team were acting as a go-between with our third-party ticketing software provider and the IT support supplier, who was reluctant to liaise directly with the software provider. This took up a lot of time, particularly in our early stages of operating as we were getting to grips with the new systems. We quickly realised that we needed a more proactive approach to our IT support and a greater level of understanding of our business” Emma told us.

The main issues that were faced was the lack of support when phoning to log a technical issue and the long lead times on responses.

Emma added “Our three tills are our main priority and if any of them are down it can hinder the process of admissions into the centre. With our annual target for admissions being around 70,000 we need to ensure that when a technical issue arises it can be solved quickly. We pride ourselves on our great customer service and it became clear that this ethos was not always reflected within our external IT provider.”

Emma made an approach to Intalect after finding us online, as she was keen to use a local IT support company who better understood Leicestershire businesses.

Discussions were initially held about the key business functions that needed the most stabilising and highest response times. In the main, these were the tills.

All staff at Intalect were made aware of the service levels needed and an onboarding session was held to ensure we understood all system details and staff needs.

The systems are now as stable as they can be under our full support package, along with endpoint protection on all computers.

“Intalect has restored confidence in our IT support through being the complete polar opposite to our old supplier. We no longer feel frustrated when logging technical issues as all the members of the helpdesk team are able to access the information regarding our reasons for calling and pick straight back up where we left off. Which was previously a major problem” said Emma.

A substantial investment has been made by King Richard III Visitor Centre to ensure that they have the support and backups in place to be able to cope with the large volumes of admissions they receive annually.

We asked Emma to summarise the impact of the work that we have collectively carried out and she said:

“We finally have some comfort that when a technical issue does arise it will be dealt with in a timely fashion by individuals who have a personal drive to finding the solution. Overall, we couldn’t have asked for a better standard of service that really reflects what we stand for as a business.”

Cyber Security Awareness Training – What Is It?
January 29, 2022

Teams As Your PBX / Telephone System – The Killer App
December 2, 2020

Why Should I CYBER ESSENTIALS Certify?
October 12, 2020

This site uses Akismet to reduce spam. Learn how your comment data is processed.

This website uses cookies to improve your experience while you navigate through the website. Out of these, the cookies that are categorized as necessary are stored on your browser as they are essential for the working of basic functionalities of the website. We also use third-party cookies that help us analyze and understand how you use this website. These cookies will be stored in your browser only with your consent. You also have the option to opt-out of these cookies. But opting out of some of these cookies may affect your browsing experience.
Necessary Always Enabled
Necessary cookies are absolutely essential for the website to function properly. This category only includes cookies that ensures basic functionalities and security features of the website. These cookies do not store any personal information.
Non-necessary
Any cookies that may not be particularly necessary for the website to function and is used specifically to collect user personal data via analytics, ads, other embedded contents are termed as non-necessary cookies. It is mandatory to procure user consent prior to running these cookies on your website.
SAVE & ACCEPT